Justin has been serving as our director of music since 2016 and, since July 2018, he has begun to oversee our education ministries as well. Justin graduated from Lebanon Valley College in 2013 with a B.S. in Biochemistry and Molecular Biology and a B.A. in Organ and Sacred Music. In 2016, he received a master’s degree in Pharmacology from Duquesne University.  In 2019, Justin earned his master’s degree in Organ Performance from Duquesne. Starting in the Fall of 2020, Justin will be studying at the Peabody Conservatory for his Doctor of Musical Arts (DMA) degree in Organ Performance.

Lois has been the office manager at GPC since 1998. She received a B.S. in Administration, Management, and Mathematics from LaRoche College. Prior to coming to GPC, Lois worked as an operating supervisor in a sales office. Lois and her husband Al have one daughter, Marissa, and two granddaughters, Isabella and Lillian.

Jennifer has been serving as our administrative assistant since 2014. Jennifer is a graduate of Bloomsburg University (B.A. in Mass Communications) and Chatham University (M.F.A. in Film and Digital Technology).

Fawn is the director of the GPC Early Learning Center. Prior to taking on this role in 2017, she served as the assistant director and coordinator of the ELC Summer Program. Fawn has been working at the ELC since 2008.

Frank has been serving as our properties manager since April 2018. He began working for GPC as a custodian in 2012. Before coming to GPC, Frank worked for 33 years as a correction officer in the state correctional system. He has been married to his wife Georgia (aka Tootsie) for 24 years and he has 3 sons and 2 stepsons. 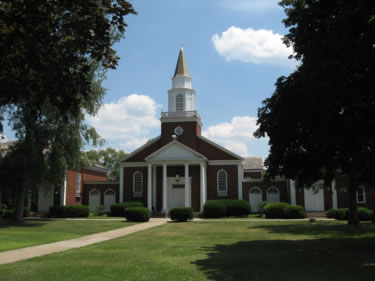 After several weeks of worshiping together in person and online, the Session has decided to suspend in-person worship until further notice, in light of Governor Wolf’s recent targeted COVID-19 mitigation order.

We will continue to keep you updated on any changes as circumstances allow.

In the meantime, we will go back to making virtual worship videos available via e-mail and via our Worship page each Sunday.